Leading science and technology company Merck has today announced plans to expand its Gillingham, UK distribution centre. The €9 million investment will boost distribution capabilities for the business. Anticipated to open in early 2019, the new facility will serve as the primary distribution centre for the UK.

Merck’s plans to increase the existing distribution footprint by 5,250 square metres was approved by the local planning authority on June 26. This building will be in addition to the existing 9,500-square-metre facility at the site.

‘Our existing distribution centre in Gillingham is nearing its capacity so it became imperative to expand the facility. We would like to thank the North Dorset District Council and local community in supporting our growth and helping us to serve our customers in the UK,’ said Mark Jackson, Gillingham site director at Merck.

Merck’s Gillingham site distributes more than 1.9 million units of products each year to support the life science industry across the UK as part of Merck’s global supply chain.

‘“Merck is a global science and technology company and, having previously visited the site, I’ve seen what a strong local employer the company is, committed to playing a vital role in supporting the local community.’

The site supplies the pharmaceutical industry, biotechnology companies, research institutes and academic centres with biochemical and chemical reagents, laboratory supplies and testing services. The distribution centre receives nearly half a million orders each year, nearly 98 percent of which are shipped the same day they are received.

Merck employs approximately 1,500 people in the UK. In addition to Gillingham, the company operates nine additional Life science sites in England and Scotland, three Healthcare sites and one site for its Performance Materials business. 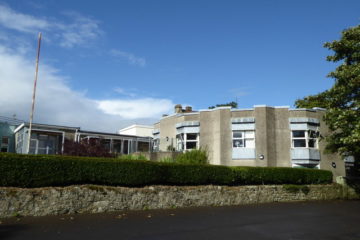