The long-awaited upgrade of the A303 between Mere and Chicklade Bottom should be delivered by 2029, according to highway officials. Project manager Andrew Alcorn from Highways England says plans to turn the 7.5 mile stretch of road into dual carriageway, which is part of a broader government ‘Expressway’ project for the A303, is on track to meet a 14-year timetable which was fixed in 2015. ‘We are on schedule,’ he told Gillingham News.

Andrew Alcorn was speaking at a public consultation held at the Grove Building in Mere on Saturday 4 February, which gave local residents a chance to learn about an initial phase of the Expressway project on the A 303 between Amesbury and Berwick Down, which will involve a tunnel going under Stonehenge.

It was an opportunity local residents seized upon and people were waiting to get into the mini-exhibition when it opened. By lunchtime some 200 people had already come to get a glimpse of the plans at Mere.

‘We’re astonished by the number of people who have come through the door. We had a queue when we opened the door – it is a surprise but we welcome it,’ said Andrew Alcorn.

He said they had set up the consultation in the town after a recommendation from Wiltshire County Council. ‘And by doing this we get to speak to people who use the 303 for regular journeys.’ Andrew Alcorn said the aim was to explain the projects but also to pick up useful local feedback and knowledge. He cited the example of a public consultation at Winterbourne Stoke where there is a plan for a bypass of the village as part of the £1.4 billion Stonehenge upgrade. ‘One local resident brought me a photograph of the River Till in flood. He said that size of flood takes place about one in ten years. We asked if we could take a copy of his photographs – it’s really useful information, information you don’t get from a map.’

He said that two main lessons had come out of the Mere consultation. ‘One is that yes, it is definitely needed, people are saying we need to sort that problem past Stonehenge. And they’re also asking when the proposals for Chicklade to Mere are going to happen.’

Andrew Alcorn said that under the 2015 Road Investment Strategy (RIS) the government has asked Highways England to get the A303 Stonehenge upgrade and other two other schemes ready for construction by 2020. These other schemes concern the stretch of A303 between Ilchester and Sparkford and the A 358 which links the A303 to the M5 at Taunton. ‘We’re on target to do that on all three,’ he said.
‘And within the Road Investment Strategy it talks about a high-quality route, an Expressway to the South West, being the A303 and the A358. It will look to deliver that route within 14 years. The other schemes that need to be delivered including Chicklade Bottom to Mere …they are all identified as the other things that we have to do as part of that delivery. We are on schedule.’

The overall scheme aims to produce a road which is on a par with motorways in terms of safety and which allows journey times of a mile a minute.

Supporters of the road improvement scheme say that upgrading the A303 will ultimately bring billions of pounds worth of economic benefits to the South West. 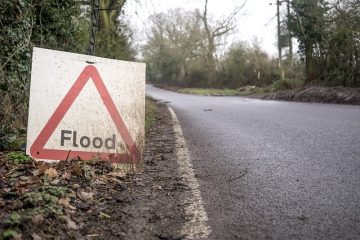