A teenage boy who caused a serious injury collision by driving at almost double the speed limit has been handed a six-year driving ban.

Carter Victor Light, 19 and of Mere in Wiltshire, appeared at Bournemouth Crown Court on Friday 12 April 2019 after pleading guilty at a previous hearing to causing serious injury by dangerous driving.

He was handed a 14-month prison sentence suspended for two years, told to carry out 240 hours of unpaid work and ordered to pay his victim £5,000 in compensation.

Light was also banned from driving for six years and told he would have to take an extended re-test before he could reapply for his licence.

Just before midday on Saturday 28 July 2018 Light was driving his green Vauxhall Astra through Milton on Stour near Gillingham – a 30mph zone.

One of Light’s rear seat passengers described his driving as erratic and believed he was driving at approximately 50mph to 60mph and did not slow down.

As Light negotiated a right-hand bend he lost control, swerved violently and crashed onto a stone wall.

A 21-year-old woman, who was travelling in the rear of the car, sustained an open fracture to her wrist, depressed skull fracture with underlying traumatic brain injury, fractures to her neck and spine and a collapsed lung. She was airlifted to Bristol Hospital and spent more than four months receiving treatment.

Light was also significantly injured and was airlifted to Southampton General Hospital for treatment to a broken pelvis.

Police Sergeant Mark Scammell, of the traffic unit, said: ‘Carter Light’s driving was dangerous and reckless and his actions caused one of his passengers to receive very serious injuries.

‘He knew full well he was driving too fast and well in excess of the speed limit. It is nothing but sheer luck that no one was killed. He is very remorseful for what happened that day.

‘Light has been banned from the road for a significant period of time and I hope this ban will send him and other motorists a very strong warning – you are behind the wheel of a lethal weapon and I would urge everyone to ensure they drive safely, within the speed limit and considerately to avoid risking their safety and that of other road users.’ 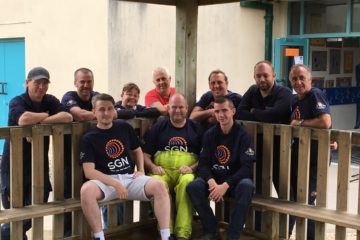