The former Somerfield and Budgens supermarket store on Bell Street, Shaftesbury, will re-open as a Morrisons Daily on Thursday 13th January 2022, with the ribbon cutting at 10am.

Richard Whittemore’s family business purchased the empty site last year, and they partnered with Morrisons to open a Morrisons Daily franchise site. The Shaftesbury store will become the largest Morrisons Daily to date. Paul Foster, Wholesale Manager at Morrisons, says: ‘We’re excited to be partnering with Richard and the team to bring a Morrisons Daily to Shaftesbury. Customers will be able to buy everyday essentials and food-to-go items from Morrisons’ wide range of own-brand products.’

Morrisons make over half their fresh food in sites across the UK, producing their own meat, seafood, bakery items and more. Its own-label brands cater for all tastes and budget requirements, from the entry point ranges such as Savers through to the premium range, The Best. The store will offer a vast range of products, suitable for your weekly shop or to grab a meal deal on the go!

On Thursday 13th January, there will be an official ribbon cutting at 10am to celebrate the new store. The ribbon will be cut by new colleagues Alison Burr and Vanessa Wood, who both previously worked in the store years ago! Alison worked in the store when it very first opened as a Gateway in 1986, and was there for more than ten years. Vanessa worked at the site for over 20 years and closed the doors for the last time in 2017. Both colleagues are very excited to be coming home as the store re-opens as a Morrisons Daily.

Alongside Alison and Vanessa, three additional colleagues will also be returning to the store again. Jean Pennell, who will be joining the bakery team, previously worked at the site for more than five years when it was a Co-Op and Budgens store. Becky Wareham also previously spent more than four years at the site and is excited to be returning. Michael Hawkins, a much-loved local resident, will also be returning to the store and looks forward to greeting all the new and returning customers!

The new Morrisons Daily store is giving £1,000 to a Shaftesbury charity, club or other good cause, and local people will help choose where it goes.

Sharon Horsman (Manager) explained: ‘You can nominate a local club, charity or fundraising appeal now by emailing [email protected] before 13th January. Then, when the store opens on 13th January, you can call in to cast your vote in person until 26th January for the cause that you believe deserves the money.’

The £1,000 will be awarded to the good cause with the most votes at the supermarket’s ‘Welcome Day’ event on Thursday 27th January.

The Welcome Day event on 27th January will be held at the Morrisons Daily store and provides an opportunity to learn more about the store and its suppliers. There will be some exciting prizes and goodies on offer throughout the day! 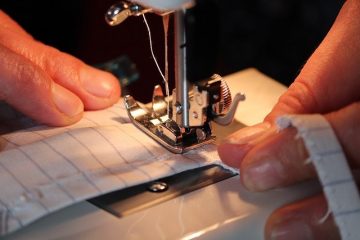