A businessman who recently returned to Britain from the United States after selling his manufacturing company is setting up his own publishing firm.

Chris Oswald, 57, has written and published his first thriller, is already writing his second and now wants to help other authors get published too. ‘I’ve always wanted to be involved in publishing, this is my passion,’ says Chris, a father of six and one of whose children attends Gillingham School.

His chance came when he sold his business in Virginia, which makes automated parts for aircraft carriers, and relocated his family to Dorset. ‘I grew up in Hampshire but we fell in love with Dorset and bought a house,’ explains Chris. Once settled back here Chris finished off his first book – which he first started 20 or so years ago – and created Newmore Publishing. And from this month he will be looking for new writers to publish.

Chris, who studied history at university, has a particular interest in the subject and is interested in non-fiction as sell as non-fiction writers. His desire to set up his own publishing company was in part prompted by the response to his first novel, called ‘2024:A History of the Future’, which is part historical fiction and part thriller and set against a backdrop of a Britain that has failed in its attempt to leave the European Union. There is also a sub-plot about the Second World War.

‘I sent out letters to 30 agents and I had two polite refusals from two of them with no reasons given and the other 28 did not even reply,’ says Chris. ‘I know there’s a flood of books and people wanting to publish and it must be hard to read through and assess all those. But I think there’s definitely a market for vigorous, small publishing companies to really make a mark.’

In some ways Chris is in familiar territory setting up his new business, having run his own successful manufacturing firm for 20 years. ‘I suppose in a way I am manufacturing a book!’ he says. But his past business sold to other businesses rather than consumers and he has spent the last year learning a lot about the ‘nuances’ of his new trade.

‘I’m having to learn very rapidly how the publishing industry works, for example the difference in font size and page size makes a huge difference to the profitability of a book,’ he says. ‘I’ve learnt that the cover design is really critical because people often buy based on what the cover looks like and the writing on the back.’ Above all Chris has discovered the crucial importance of getting the books talked about and known. ‘Marketing is absolutely key,’ he insists.

His aim is for his books to be in local shops – as his first book is – and to have a strong online and social media presence.

For more information and to contact Chris visit http://chrisoswaldbooks.com. 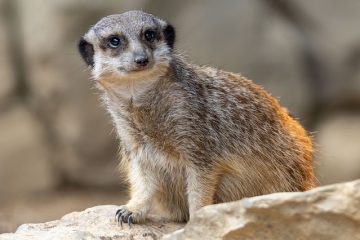