The owner of PlantWorld garden centre in Milton-on-Stour has stated that his site is ‘not for sale’ after the draft Local Plan for Dorset proposed it as an ‘allocated’ site for up to 15 gypsies and travellers to live.

The 1.8 hectare plot is described in the Local Plan – which when adopted becomes the blueprint for all development and planning across the county – as being a ‘proposed allocation’ for ‘around 15’ gypsies and travellers.

But owner Martin Hurt told Gillingham News: ‘This is not going to happen. I want to reassure the community on that. This is certainly not going to become a Gypsy and Traveller site.’

Mr Hurt explained that years ago, and like many landowners, he had registered the land as a potential development site and that Dorset Council had ‘picked that up’ and earmarked it as a potential Traveller site. ‘We get no say on that, they don’t ask the landowner,’ he said. The list for potential sites was drawn up by a private firm of consultants, he added.

Mr Hurt said this had first surfaced as an issue around five years ago and he had reassured the community then that this was not going to happen. Despite the current Covid crisis Mr Hurt said PlantWorld was a ‘thriving business’ and there were absolutely no plans to sell.

In its notes Dorset Council describes the location, which it says has ‘current retail uses on site’, as ‘suitable for redevelopment for Gypsy and Traveller use using existing access off B3092’.

It continues: ‘Proposals should respect the setting of the nearby Conservation Area ….Development must be in accordance with the Gillingham Neighbourhood Plan, specifically policies relating to Milton-on-Stour.’

In its draft proposals the council notes that ‘Travellers need access to services and facilities (including schools, shops and health services)’.

The site at Plantworld is virtually opposite Milton-on-Stour primary school and a few hundred metres from the Peacemarsh GP surgery and a dentist. There is also a nursery school nearby run by Tops Day Nurseries.

The draft plan – which is out for public consultation and covers the period from 2021 to 2038– says that overall the council has made provision for :

There are also two allocated sites at Shaftesbury – misspelt ‘Shatesbury’  in places in the document – at Calves Lane and Enmore Green. Another proposed allocated site is at Moorcourt Farm, Marnhull.

The Local Plan becomes the basis for Dorset Council’s determination of planning applications and proposed development once it is formally adopted by the council, and after any amendments have been made following the public consultation.

Full details about the plan and how to submit a comment can be be found here. 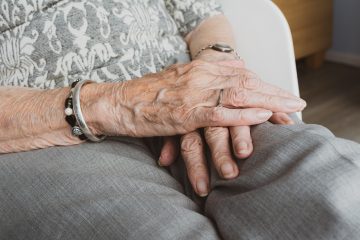