Councillors in Gillingham have supported plans for the Thorngrove garden centre to build a new shop and café on its popular site.

The backing from members of the town council’s planning committee for Thorngove to demolish the existing shop and store and put up a new two-storey building came despite misgiving as to the ‘sustainability’ of the plans and whether they were ‘sympathetic’ to the setting.

Councillor Barry Von Clemens told the online meeting on November 9 that the scheme was a ‘great idea’. He said: ‘Thorngove supplies not only plants but a wonderful service to its service users and I wish them every luck.’

There was concern expressed about the height of the new structure but Councillor Keith Wareham said it was no higher than the existing barn. ‘The existing barns … are tatty and ropey to say the least, so I see it as an overall improvement,’ he added.

However, Councillor Roger Weeks said that while he was ‘one hundred percent’ behind the work that Thorngrove did, he had doubts about this particular application.

He also pointed to the fact that the heating would be in the roof space which was not the most economic way of heating. ‘And I don’t see anything else which is sustainable about this project,’ Councillor Weeks added. (See comments below.)

But his proposal to recommend refusal of the plans was rejected and councillors voted by 9 to 2 votes to support the application.

However, they also voted for a tree preservation order to be put on an old pine tree at the entrance, after hearing that there had been some discussion about cutting it down to widen the entrance.

FEBRUARY IN THE GARDEN WITH THORNGROVE GARDEN CENTRE

December in the garden with Thorngrove Garden Centre 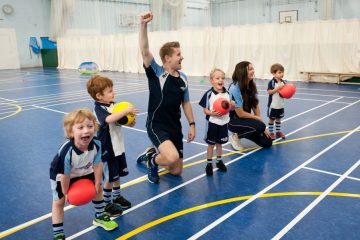