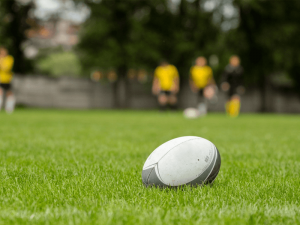 A working group has been set up by Gillingham Town Council to look into providing a safe pedestrian and cycle path between North Dorset rugby club and the town.

The ‘task and finish’ group is to look at how feasible it would be to create ‘off-road access’ between Wavering Lane and the rugby club, which is on Longbury Hill Lane.

The move was backed by the town’s mayor, Councillor Barry Von Clemens, who described how dangerous the current pedestrian route to the club was.

He told an online meeting of the town’s planning committee on Monday: ‘Being a pedestrian and having walked along those roads to get to events at the rugby club… even when I’ve been wearing my chain [of office] I have been diving in and out of hedges.

‘It’s very, very dangerous and the club has a large number of young members as well as more senior members. Footpath access is vital.’

The club’s president Jez Spicer told the meeting they wanted people to have easy access to the club by foot and for both club members and the public to be able to walk there without ‘risking life and limb’.