Detectives are appealing for the public’s help to find a man from Shaftesbury who is wanted after failing to appear at crown court.

John Berry, 53 and of Fontmell Magna, pleaded guilty to perverting the course of justice and attended Bournemouth Crown Court on 15 December 2017 for sentencing. However, he left the court building before sentencing could be completed and has not been seen since.

He is described as white, around five feet eleven inches tall and of heavy build.

It is believed he also has links to Hampshire and Devon.

Detective Constable Jo Blackmore, of Weymouth CID, said: ‘We have been making a number of enquiries in order to find John Berry, including various address checks, but we have been unable to locate him.

‘While we have no information to suggest that he presents a direct risk to members of the public, I would urge anyone who sees Berry not to approach him but to immediately contact Dorset Police on 999.’

If you see John Berry you should dial 999 immediately.

Police appeal for witnesses after suspected arsons in Shaftesbury 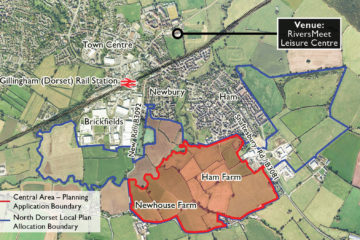