Dorset Police officers investigating a burglary at a store in Shaftesbury are appealing for witnesses and anyone with information to come forward.

At around 11.20pm on Friday 21 January 2022 four offenders forced entry to the Spar on Mampitts Road and stole a quantity of cigarettes and cash. It is reported that the group used a silver Mercedes, which started with the registration WJ05, to get to and from the scene.

They were all wearing face masks. No description has been obtained of the fourth offender.

Police Constable Vicky Worboys, of North Dorset police, said: ‘This incident occurred late in the evening after the store had closed. I am appealing to anyone who saw any suspicious activity to please contact Dorset Police.

‘I would also ask anyone who may have captured the offenders in the area on their home CCTV or dashcams to please come forward.’

Anyone with information is asked to contact Dorset Police at www.dorset.police.uk/do-it-online, via email [email protected] or by calling 101, quoting occurrence number 55220012702. Alternatively, to stay 100 per cent anonymous, contact the independent charity Crimestoppers online at Crimestoppers-uk.org or call Freephone 0800 555 111. 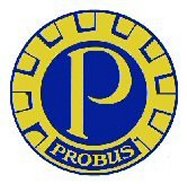