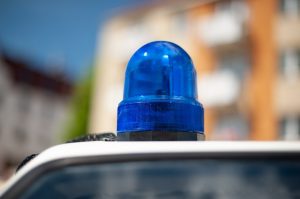 Detectives from Dorset Police  investigating a series of distraction thefts are appealing for witnesses following another incident in Shaftesbury.

The victim, a man aged in his 60s, was in the Bell Street car park in the town at around 3.57pm on Saturday 16 October 2021 when he was approached by two women, who asked for directions.

One of the suspects handed the man a pen and asked him to write down the street name. She thanked the victim for his help and hugged him, before the two women ran off. A short time later he noticed that his gold Rolex watch was missing.

The first suspect is described as Asian, with long dark hair, of slim build and was wearing a blue T-shirt and a blue surgical face mask. No description was obtained for the second woman.

This incident follows a series of robberies and distraction thefts where Rolex watches have been stolen in recent months, in Dorset and elsewhere in the country.

Detective Sergeant Karen Penn, of Dorset Police’s Priority Crime Team, said: ‘An investigation is underway into this latest incident and our enquiries involve looking for any available CCTV in that area.

‘I would urge anyone with information that might assist our investigation to please come forward. I am particularly keen to hear from any residents in the vicinity with home CCTV systems, or passing motorists with dashcams, who may have captured any relevant footage.

‘This is the latest in a series of similar incidents that have taken place across Dorset and we would continue to urge people to remain vigilant if they are wearing expensive watches or items of jewellery, particularly if they are approached in this manner.

‘Many of the victims are elderly and we would urge people with older relatives to discuss this with them and make them aware of this kind of offending that is taking place and ensure these items are insured.’

Anyone with information is asked to contact Dorset Police at www.dorset.police.uk, via email [email protected] or by calling 101, quoting occurrence number 55210167149. Alternatively, to stay 100 per cent anonymous, contact the independent charity Crimestoppers online at Crimestoppers-uk.org or call freephone 0800 555 111.