Dorset police are appealing for witnesses and anyone with information to come forward following a suspicious fire at a house at Milton on Stour near Gillingham.

At 9.08pm on Wednesday 17 May 2017 Dorset Police was contacted by Dorset and Wiltshire Fire and Rescue Service over reports of a fire at a derelict property in Milton on Stour. No one was in the property at the time, which is a short distance from the local primary school.

Following an investigation, it is believed the fire was started deliberately.

Police Constable Simon Rogers, of North Dorset police, said: ‘I am appealing to anyone who saw someone acting suspiciously in the area of the property at the relevant time to please contact Dorset Police.

‘I am particularly keen to hear from anyone who may have information about a vehicle which was seen near the property at around 8.30pm that evening.’

PC Rogers added: ‘The property is fenced off and this was a deliberate act to set fire to the building. This incident has caused financial implications and great inconvenience to the owner of the property, the emergency services that attended and concern to neighbours who spent an anxious few hours concerned the fire might have spread to their properties.’

Shaftesbury Town Council to spend up to £10,000 on survey to keep bypass plans alive 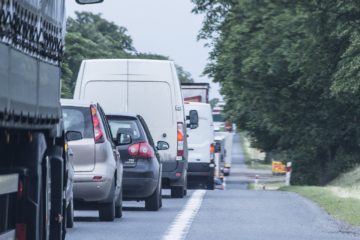