Detectives have launched an investigation following a fire on the roof of a building within HMP Guys Marsh near Shaftesbury on Friday evening.

Superintendent Caroline Naughton, of Dorset Police, said: ‘As it is suspected that the fire was started maliciously an investigation by CID is now underway.

‘Those alleged to have been involved in the incident as well as witnesses are being interviewed to progress the investigation,

‘We would like to reassure members of the community that there was no immediate risk to those living in the surrounding area.’

‘At the height of the fire there were 21 fire engines and two aerial ladder platforms in use.

‘A joint investigation into the cause of the fire is now underway.’

‘We will take the strongest possible action against anyone involved, which could mean extra time behind bars.’

All prisoners and staff were accounted for and a total of 64 prisoners  were evacuated from the affected area of the prison at the time of the fire, with help from prison staff.

One prisoner who was reported to be on the roof of the prison building during the incident was brought back down to safety and checked over by paramedics.

UPDATE: Sunday 12 March: Following an initial investigation, a 29-year-old male prisoner has been arrested on suspicion of arson with intent to endanger life and is being questioned by detectives. 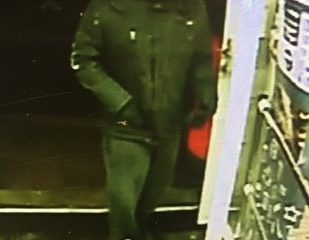