Police plea for information after suspected arson in Shaftesbury

Officers investigating a suspected arson in Shaftesbury are appealing for witnesses or anyone with information to come forward.

Dorset Police was alerted by the fire service, which had responded to a report at around 12pm on Friday 27 August 2021 of a fire involving a fence at an address in Win Green View.

The fire was extinguished, and it was reported that the fire was believed to have been started deliberately.

Police Constable Kier Dagnall, of North Dorset police, said: ‘There have been at least two further fires reported that are believed to have been started deliberately in this area in recent weeks and we are carrying out a full investigation to try and identify who is responsible.

‘I would urge anyone who has witnessed any suspicious activity in the area, or who has any information relating to who is involved, to please come forward.

‘I would also urge residents with home CCTV systems, or motorists who were driving in the vicinity around 12pm on Friday 27 August 2021, to please check their footage for anything that might assist us.’

Anyone with information is asked to contact Dorset Police at www.dorset.police.uk, via email [email protected] or by calling 101, quoting occurrence number 55210138481. Alternatively, to stay 100 per cent anonymous, contact the independent charity Crimestoppers online at Crimestoppers-uk.org or call Freephone 0800 555 111.

Police plea for information after suspected arson in Shaftesbury 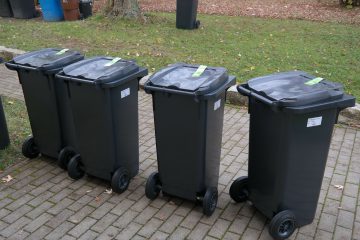