Estate agents in this region always keep one eye on the London property market in case it has an impact here in North Dorset and South-West Wiltshire. This year the usual price bounce that occurs in September has not happened nationally, largely because according to Rightmove’s House Property Index the price of houses coming to market in London fell by 2.9 per cent month on month, as well as by 3.2 per cent year on year.

Allister Brown, director at Chaffers in Gillingham agrees there is a shortage of ‘all types’ of property and in particular reasonably-priced family homes. ‘Nice family houses are in very short supply. There’s a huge lack of good 4-bed stock.’ He says Chaffers has just had ‘the best year we’ve ever had’ though says things have been quieter in the market since August and September. ‘But then, annoyingly, the weather has been pretty rubbish.’

In Shaftesbury, Samantha Lillington at Connells says they have also seen a shortage of homes, especially at the lower end of the market. ‘We’re lacking stock for first time buyers up to £250,000 because there simply aren’t enough houses at the bottom end of the market that we specialize in. At the same time houses at the more expensive end are taking much longer to sell. Because there aren’t enough houses, properties we do get are selling for good prices,’ she says. ‘I’m not sure where all the buyers for the eastern development are coming from but it isn’t making a big difference to us. Some people tell us they don’t want to live on the new estates.’

Richard Keenlyside, of Gilyard Scarth in Shaftesbury agrees prices have been holding up. ‘‘It’s been a strange year. Generally, there’s a chronic lack of houses for sale and with low supply comes pressure that’s putting prices up.’

He continues: ‘Most activity at the moment seems to be at lower end of the market with younger buyers looking at houses in less sought-after areas. There doesn’t seem to be the interest in houses on the eastern development there used to be and older cottages are no longer so popular, particularly with the retirement market from the Home Counties.’

James Wilson, of Jackson-Stops in Shaftesbury, says the market is hard to read at the moment. ‘There’s a lot of uncertainty and that’s likely to continue for another 18 months to two years in my opinion. Whether it’s Brexit or not, there doesn’t seem to be much confidence around at the moment and buyers are nervous. We’re seeing the main activity in the £350,000-900,000 bracket but anything over £1 million is proving quite difficult to sell,’ he added, echoing the views of other estate agents in the area.

Estate agents who took part in our survey: 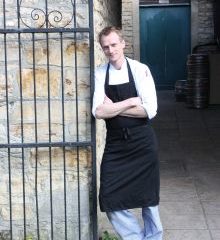