Eagle-eyed readers of author and illustrator Raymond Briggs’ book about his parents’ life, Ethel & Ernest, would have spotted some familiar place names on page 37. In a letter that a young Raymond, evacuated from London to the Dorset countryside during the Second World War, writes to his parents from the home of his two aunts, the address he gives is, ‘Wyndham, Woodville, Stour Provost, Nr Gillingham, Dorset’.

‘Dear Mum and Dad,’ writes Raymond, his letter illustrated with drawings of a cow as well as his aunts. ‘Antie Flo and Antie Bety are very nice laddies. I sleep on a camp bed on Antie Flo’s bedroom.’ He goes onto describe getting milk from a can instead of a bottle, and riding on the back of a cart horse and getting in the hay that made him ‘neerly do the splits.’

Raymond, also the author of The Snowman, was five years old when he was sent to Dorset, where he attended Stower Provost primary school. He later wrote he had been flabbergasted when a teacher told him England was an island. ‘I had travelled hours and hours on a charabanc all the way from Wimbledon Park to Stour Provost. It was so long we had to stop halfway for a wee. Then later, we stopped again for a choc ice (Walls, four pence; I liked Lyons best). All that was supposed to be on an island? The longest journey of my entire life?’

On another occasion he wrote: ‘Once a week, a bus came through the village about a mile away. We used to walk down to catch this bus and go into Shaftesbury to the shops. A big treat was to go to the pictures afterwards, but we always had to leave before the film ended, in order to catch the one and only bus home.’ 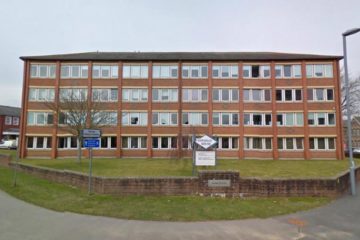