A leading British landscape photographer is fundraising in aid of the Royal National Institute of Blind People (RNIB) by auctioning off one of his images.

Charlie Waite has been a landscape photographer for the past 40 years and has published approximately 40 books. He lives in Gillingham and with the support of local optometrists Robert Frith, Charlie will hold a silent auction for one of his photographs.

Charlie does not have sight loss but said: ‘The last two years have underlined just how important nature is and the beautiful landscapes we are lucky enough to have across the UK.

‘It has also reaffirmed the vital role that charities play and I’m so pleased to be supporting RNIB and the great work they do in supporting blind and partially sighted people.’

Charlie’s image will be on display in the Gillingham branch of Robert Frith Optometrists for two months from 20 July until 20 September. People who would like the opportunity to own the photo are invited to bid as much or as little money as they would like with the highest bidder receiving the image when the silent auction ends.

Hazel Stirling, RNIB Regional Fundraising Manager said: ‘We are absolutely thrilled to have Charlie’s support. Charlie really wanted to help generate vital funds for RNIB, and his idea presents a great opportunity for someone to own a piece of his work whilst supporting a worthwhile cause.’

Over the years Charlie has held over 30 solo photography exhibitions across Europe, Japan, Australia, and the US, including the Goldstrom Gallery on Broadway. He is also the founder of the UK Landscape Photographer of the Year competition which has been running since 2006.

Nikki Legg, Practice Manager at Robert Frith said: ‘We are delighted to support Charlie’s silent auction in aid of RNIB. We hope it raises money and awareness of sight loss and this great charity.’ 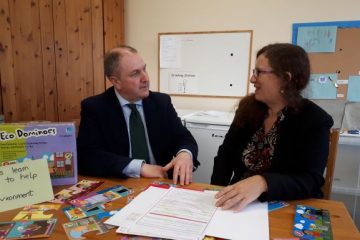