DORSET residents are asked to give their views on paying £2 a month to fund police – with a roadshow being held throughout the county during January.

Dorset Police and Crime Commissioner Martyn Underhill has launched a consultation to ask members of the public for their views on paying a slight increase in their precept – the part of a council tax bill that funds local police.

The proposed increase has been suggested after the government placed the responsibility for the majority of 2019/20 settlement with Police and Crime Commissioners (PCCs), rather than providing a balanced funding settlement for policing, enabling them to increase their precept up to a maximum of £24 per year.

Martyn Underhill said: ‘It’s really important that we hear the public’s views on how they feel about paying this increase in their council tax bills.

‘That’s why I’m asking everyone to take a couple of minutes to complete the survey online, and that’s why myself and members of my team will be out and about across the county over the next two weeks to talk to people face to face and ask what they think.’

Members of the team along with volunteers will be visiting shopping centres and supermarkets throughout January. Please visit this website for more details about the events, and to confirm details of the timings.

‘I remain immensely frustrated that the financial burden has, once again, been passed to local taxpayers and it is important that members of the public are under no illusion: this is a short-term fix that barely covers the need.

‘The government’s latest funding settlement does not address the considerable, and mainly unfunded, police pension issue, new training regime, plus inflationary and pay pressures, all of which have been thrusted upon national policing. Nor does it reverse the eight years of austerity that have left Dorset Police with the lowest number of officers since 1981.

‘Nevertheless, the flexibility that an extra £2 per month on the precept provides would leave Dorset Police in a much better position than was feared just a few months ago, and the Chief Constable is confident that this would allow him to make improvements in a number of areas of emerging demand.’

For more on the consultation visit here. 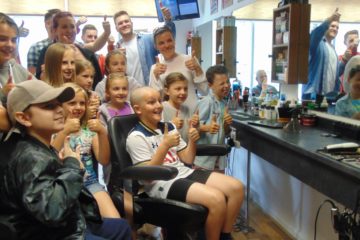