Residents in Gillingham have expressed their disappointment after developers recently submitted a new application to build around 80 homes off Common Mead Lane.

The original application from Fairfax was rejected by Dorset Council in August after the narrowest of votes by county councillors.

Opponents of the scheme, which involves land just behind The Mellowes care home, had feared that the developers would appeal against the refusal, as Dorset councillors were told there might be strong grounds for such a move.

However, Fairfax have instead submitted a new planning application which was officially registered on October 13th.

The application appears to be broadly similar to the previous one. The ‘planning statement’ outlining the nature of the site and the planning implications for the previous application is included in the documents posted online, though there is also an ‘addendum’ statement which addresses the objections to the original application.

Gillingham News understands that councillors on Gillingham Town Council – who are likely to consider the plans at a meeting in early in November – have now been contacted by worried residents asking how they can register their opposition to the plans again.

Councillors have told them that they need to put their views on the Dorset Council planning portal, as neither objections nor messages of support to the last application are carried over to the new one.

There is also concern among residents that little time is being given for their objections to be voiced; the deadline for submitting comments is November 12.

Writing on the Dorset planning portal local resident David Pook says: ‘I note that the publication of the consultation event commenced on the 18th October 2021 and has a short window for submissions for concerned parties to air their responses. This very tight timeframe presents as means to restrict and therefore limit the opportunity for the community of Gillingham to respond.’

He adds: ‘I feel the plans have not been sufficiently publicised and given the current distraction and general preoccupation with Covid has further restricted the dissemination of these plans to the people who would want to contribute their views or objections.’

Privately some councillors fear that the application is likely to succeed unless the highways authority objects – it had no major objections last time – and that developers will simply address some of the concerns raised by Dorset councillors while keeping the application more or less as it was.

Gillingham News has asked Fairfax for its views on the new application.

The online planning portal is at https://planning.dorsetcouncil.gov.uk and the application number is P/OUT/2021/04019. 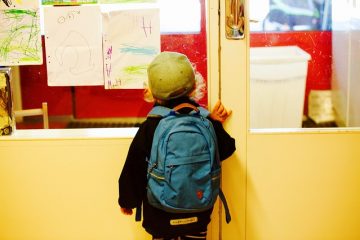