The annual salary bill of the organisation that is pushing for the removal of the 15 inpatient beds at the Westminster Memorial Hospital in Shaftesbury comes to more than £10 million, it has been revealed.

Shaftesbury town councillor Anthony Austin made a request under the Freedom of Information Act to find out the running costs of the Dorset Clinical Commissioning Group (CCG), which earlier this year carried out a public consultation over axing the beds at the Shaftesbury hospital.

Councillor Austin revealed the reply he had received at Shaftesbury’s annual town meeting on 16 May.

‘It only applies to the cost of the staff,’ he told the meeting. ‘They employ 244 full-time staff and 78 part-timers,’ he said, pointing out that this was equivalent to 283 full-time positions.

‘Their salary bill alone is £10,123,546 per annum, without any other costs. I just leave you with that thought,’ said Councillor Austin, who is chair of the Westminster Memorial Hospital Working Group.

‘I was absolutely gob-smacked by the total amount that has been paid on staff,’ Councillor Austin later told Gillingham News. ‘What is this £10 million producing? It is not being used for the benefit of rural communities, it is moving most resources to acute hospitals. It is inevitably reducing the effective provision of community services – people have to go further for them. It is hitting the elderly badly. What are these people doing to our community?’

Campaigners who oppose the plans to scrap the 15 beds at Shaftesbury suggest that at a time when the Dorset CCG is seeking to make wholesale budget savings on healthcare in the county with their proposals,  it should perhaps consider making some administrative savings of its own.

The  consultation on the plan to create so-called community ‘hubs’ ended in February and the CCG is now examining the public response, which included a huge number of questionnaires from people in North Dorset and Wiltshire bitterly opposed to the downgrading of the hospital in Shaftesbury.

Critics say that the closure of the beds at the hospital there will force relatives to make journeys to Sherborne or Blandford to see loved ones and that reducing the number of beds here does not make sense in one of the fastest-growing areas in the region.

This report was updated on Sunday 21 May to add comments from Councillor Austin.

Shaftesbury road protest over 'Village of the Jammed' Melbury Abbas

TO HELP SHAPE THE FUTURE OF GILLINGHAM, WE NEED YOUR VIEWS – PLEASE READ IF YOU LIVE OR WORK IN GILLINGHAM 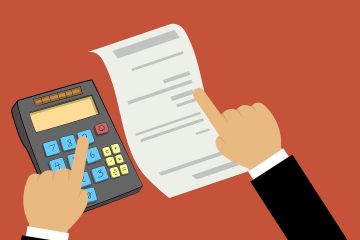