An ancient roman villa has been re-discovered on a Dorset Wildlife Trust (DWT) nature reserve in west Dorset near Frampton. The results of the dig will be shown on the Digging for Britain series on BBC4 at 9pm  on 4th December.

The dig was carried out by experts from Bournemouth University this summer on DWT’s Nunnery Mead nature reserve in west Dorset, where the Roman Villa was known to exist. Thought to be destroyed in the mid-19th Century, the team were delighted to find a well-preserved site.

Dr Miles Russell, Senior Lecturer in Prehistoric and Roman Archaeology Department of Archaeology and Anthropology Faculty of Science and Technology Bournemouth University, said:  ‘The opportunity to survey, record and better understand the Roman villa at Nunnery Mead, Frampton, was one we couldn’t miss, given that the building was thought to have been destroyed in the mid-19th century.

‘Working with the Dorset Wildlife Trust, Historic England – the site is a Protected Scheduled Ancient Monument – and the team at the BBC’s Digging for Britain was a unique experience and the results, finding well-preserved walls and areas of surviving mosaic, were truly exceptional. We very much look forward to working in future partnership with the Dorset Wildlife Trust in order to obtain a more complete understanding of this exciting and nationally important site.”

DWT’s Land Manager, Rob Brunt said: ‘It was really incredible to see the mosaic paving and it was such a relief to discover that so much was still there under our feet.  We really enjoyed working with Miles and the team and would welcome them back anytime.’

Alongside Nunnery Mead having some of the richest mosaics in Britain, it is also the site of a medieval settlement and is rich with wildlife. Former water meadows make up the majority of the reserve which sits alongside the banks of the river Frome. With seasonal flooding and historical agricultural improvement, the meadows have become rich in nutrients attracting a wide range of wildlife, such as otters, kingfishers and dippers.

RiversMeet's Spirit of Christmas fair raising money for the community

Call for action to save decline of insects in Dorset 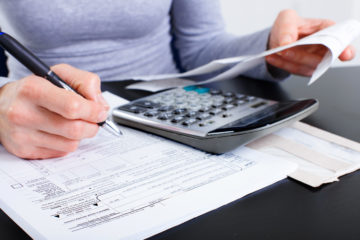