Horace Erridge from Gillingham, who is one of the few surviving members of the Royal Navy crew from the first Arctic Ocean convoy to Russia in 1941, celebrates his 100th birthday on July 11th.

On this year’s anniversary of VE Day, he received a third medal from the Russian embassy in London, in recognition of the Navy’s role in maintaining supplies on the treacherous Arctic route between 1941 and 1945. The first sterling silver medal was presented to him in 1978 and a second was sent to him in 2011 on the 70th anniversary of his voyage. He received six other awards from his service in WW2.

Celebration plans made for his birthday, arranged by his son David and family in Tarrant Hinton and by his many friends in Gillingham Probus Club and elsewhere, have been hampered because of the Covid19 restrictions. But his son is taking his father to a small 100th birthday party at his house in Tarrant Hinton on July 11 and linking in all the members of the widespread family by ZOOM. And the still-active centenarian says he will ‘take the delay in his stride’ as he has done for the many experiences in his full and varied life.

Horace was born in Lewisham in July, 1920 and went to Lynton College in Herne Bay. After leaving school in 1935, he had jobs as a clerk and as a warehouse assistant before joining the Royal Navy in 1940 as a Supply Assistant at the naval air base in Lee-on-Solent. ‘It was soon after Dunkirk”, he recalled. He added that he signed on in the Navy’s Supply and Secretariat Division – ‘So that I had a peaked cap and did not have to wear bell bottoms,’ he explains.

In February, 1941 he was assigned to join the aircraft carrier HMS Argus at Greenock in Scotland. This ship then made the hazardous voyage from Scapa Flow to the Russian port of Murmansk in August 1941 with a vital cargo of 24 Hurricane fighters for the Russian air force. It was his first time at sea and Horace recalls: ‘I had a job keeping records down in the lower deck and saw very little. We were at action stations, but we were escorted by the aircraft carrier HMS Victorious and four destroyers and it was a quiet trip. On the way, a team of RAF engineers worked flat out on preparing the aircraft so that they could all be safely flown off to the Russian air base.’

More than 70 more convoys followed this route to deliver more than 4-million tons of vital supplies to Russia between 1941 and 1945 and were increasingly attacked by German U-boats. Over 100 ships and more than 3,000 allied seamen were lost – but HMS Argus did not repeat the voyage and went instead to the Mediterranean to deliver more aircraft in convoys to Malta. ‘There was plenty of action,’ Horace Erridge says. ‘In one attack, we were hit by a bomb and we saw the aircraft carrier HMS Ark Royal torpedoed and sunk by the Germans and we rescued about 600 of the crew.’

He was demobilised in 1946 and joined the Naval Reserve. After his marriage to Hilda, he went to live in Portsmouth where their son David was born in 1953. He began a successful career with the London Brick Company, but in 1956, Horace and Hilda decided to ‘sell up’ and they flew to the USA to live near Hilda’s sister in Long Island, NY. Horace soon found a job with The American Sugar Corporation in Brooklyn.

But after eight weeks, even before their shipped belongings had arrived, they decided that life in the USA was not for them and Horace booked a Cunard voyage back to England. On his return, he was welcomed back to continue his career with the London Brick Company and – among other assignments – worked as a ‘trouble shooter’ in the chairman’s office in London.

He retired to live in Penselwood in 1983, where he started the village gardening club as well as enjoying time with his eight grandchildren and 10 great-grandchildren. Through the years, Horace also found time for many other interests as a Scoutmaster, as a golfer, as a member of the Royal Naval Association and as a top-level jazz drummer – playing with many bands in London and elsewhere with names as famous as Kenny Ball.

He continued to play drums with local groups until well into his 90’s. And not surprisingly, he is remarkably well and continues to drive his car. After the death of his wife Hilda, Horace moved to live in Gillingham. 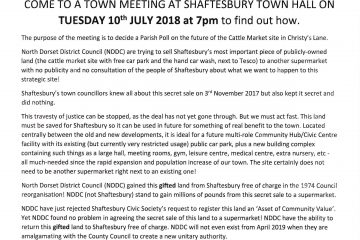