Shaftesbury has joined Gillingham in objecting to the huge new £20 million solar farm developers Low Carbon want to put in the fields behind Orchard Park on the south side of the town, writes Richard Thomas.

Shaftesbury town councillors voted last week (17 Aug) to object to the plan despite two councillors, including meeting chair Councillor Virginia Edwyn-Jones, saying that solar farms should be allowed to help combat climate change and that they would ‘soon become a normal part of the landscape.’

But they were angrily denounced by objectors in the public gallery who stormed out of the meeting.

Councillor Edwyn-Jones then changed her mind and decided to vote against the plan after all. Councillor John Lewer, the plan’s other supporter, decided to abstain ‘as a courtesy to Gillingham’ and the vote to object was carried by 3 votes to 0.

Protestors said the proposed 90-acre farm, that is expected to generate 45kw of power, enough to power 15,000 homes, was not only in the site proposed for the Royal Forest restoration but its panels would reflect sunlight and be visible from the Shaftesbury escarpment. 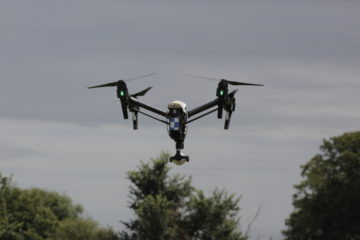