A driver who fled the scene of a road traffic collision that left a young man with life-threatening injuries has been jailed.

Adam Christopher Whitticks, 21 and of Coppice Street in Shaftesbury, appeared at Weymouth Magistrates’ Court on Friday 1 February 2019 to be sentenced.

Whitticks was sentenced to four months in prison and disqualified from driving for 14 months.

At around 7.20pm on Thursday 5 July 2018 a collision occurred on the B3091 Manston Road at Sturminster Newton involving a Chevrolet Kalos being driven by the defendant and a Mini.

Whitticks’ vehicle sustained significant damage to the front but the defendant drove off to the Sturminster Newton Gym and Leisure Centre in Honeymead Lane. He parked his vehicle at the far end of the car park with the front end in some bushes and removed the rear number plate before going to a friend’s house.

Police attended the collision scene along with the ambulance service. The driver of the Mini, a 19-year-old local man, was airlifted to Dorset County Hospital and was found to have a fractured skull and bleed on the brain. He remained in hospital for five days.

On Monday 9 July 2018, four days after the collision, Whitticks attended Blandford Police Station following a press release appealing for information. He told officers he had been sleeping rough in Shillingstone Woods since the incident.

He admitted to driving without a licence and insurance and failing to stop at the scene of the collision, as well as failing to report it.

‘Whitticks showed no concern for the injured man and was only thinking of himself when he made the decision to drive away from the scene. By driving a seriously damaged vehicle he also posed a further risk to other road users.

‘He also made further attempts to conceal his actions by abandoning the car and removing the number plate.

“’ hope the conclusion of the court case means the victim and his family can now move forward and I would like to thank them for their support during the investigation.’ 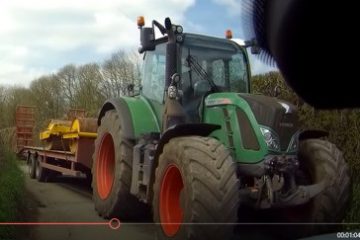