The Garden Montessori pre-school at St Mary’s School, Shaftesbury, says that the way Wiltshire Council is choosing to fund establishments that have to close during the coronavirus crisis may force it to shut for good.

In March the government confirmed that it would carry on paying local authorities for free early years entitlement places for two, three and four-year-olds, even where the pre-schools concerned were closed.

But while Wiltshire Council has said that it will fund all such establishments or ‘settings’ 100 percent for April and May, it will effectively claw back some of this money in June when it will pay out just 40 percent of the funding entitlement to nurseries that are closed.

In a letter to providers the council says: ‘We hope that this approach means you will have sufficient time to plan ahead and access government funding. In June you will receive 40 percent of your funding entitlement if you are closed.’

But according to Virginia Sewell, Principal at the The Garden Montessori, which is funded by neighbouring Wiltshire rather than Dorset, the effect of this shortfall will be disastrous.

‘This means many small settings like ours will not be able to survive,’ she told Gillingham News. ‘We  have already suffered a loss of income due to the fact that we have of course not asked for any fees or consumables from our parents, yet we still have fees to pay, such as rent, insurance, accountancy and other professional bodies we belong to.

‘We will sadly enter a post-lockdown world where many parents will  not have a choice of settings anymore. I imagine that only the big multi-chain settings will remain viable and small settings like ours will have to close.’

She described the move by the council as an ‘injustice’ and added: ‘Why is Wiltshire allowed to do this, clearly going against the government guidelines? ‘All we are asking is to be given 100 percent of the early years free entitlement funding as advised by the government.’

A spokesperson for Wiltshire Council said the nurseries and other providers staying open were incurring extra costs. She said: ‘We are looking to support them as they are offering a valuable role in looking after key worker children and the most vulnerable children. Currently just 25 percent of our early years settings are open and some may struggle to meet demand.’

But she insisted: ‘We are offering support to those which are closed and we have highlighted the wide range of government support they can access. Settings which are closed are able to access the Government’s COVID 19 support package. This includes the Job Retention Scheme which childcare providers can access while continuing to be paid the Early Years Entitlement Funding via their local authority. Childminders can use the self-employment Income Support Scheme and claim a taxable grant worth 80 percent of their trading profits up to a maximum of £2,500 per month for the next three months.’

The spokesperson added: ‘If any setting anticipates a financial hardship as a result of this proposal, we are advising them to contact us at: [email protected].’ 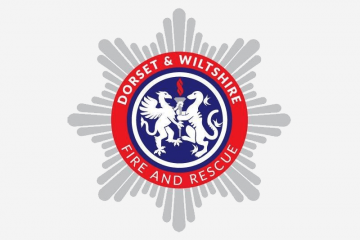