Shaftesbury’s county councillor Derek Beer has declined to comment on a recent attack made on him at his café The John Peel in High Street, Shaftesbury.

He confirmed he had informed Dorset Police of the attack on him and said he had asked that no further action is taken against his attacker.

But in a statement issued on 18 April Dorset Police said: ‘It was reported to Dorset Police that an assault had taken place around 1.45pm on Friday 6 April 2018 at The John Peel restaurant on High Street in Shaftesbury during which a member of staff sustained an eye injury.

‘An 18-year-old man has voluntarily attended for an interview with officers and an investigation into the circumstances of the incident is ongoing.’

They said they are unable to comment on the nature of their investigations or whether or not they will make an arrest.

The motive for the attack is unclear.

Councillor Beer was elected to Dorset County Council in 2015 to represent Shaftesbury for the Liberal Democrats. He has also represented Shaftesbury on North Dorset District Council for 24 years and was chairman of its licensing committee for 16 years until 2015.

Appeal for information after theft of sheep in North Dorset 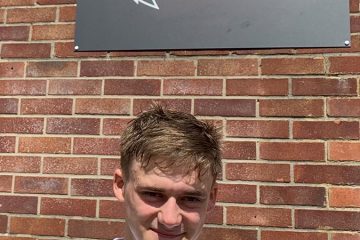