As many passers-by will already have noticed, the historic red brick St Martins House in Queen Street, Gillingham, is no more.

Demolition of the 19th century building – built as a show house by local entrepreneur Thomas Hudson – has now been completed and a local landmark has vanished from the town’s street scene for ever.

The work has been overseen by the site’s existing owners. Dorset Council. The new owners are to be Magna Housing Association who are planning to build 60 what are called ‘extra care’ residential homes for older people.

Planning permission has still not been given for the scheme though Gillingham Town Council recently gave their backing for it, despite misgivings over the plans.

One councillor described the proposed design (see below)  as being perfect for a big city waterside development – but not for a small town such as Gillingham.

Helping RiversMeet - and the local community 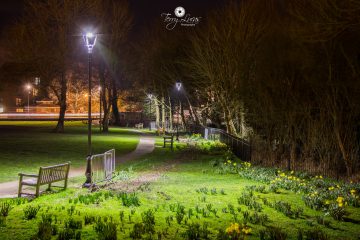