Gillingham’s St Martin’s House has been saved from the prospect of demolition – for now at least – after Dorset County Council dropped plans to demolish it in order for a housing association to build new homes for the elderly.

In a statement David Walsh, county councillor for Gillingham, said he had been ‘in talks’ with officers and responsible Cabinet members regarding the future of St Martin’s in Gillingham.

‘It has now been agreed by Councillor Tony Ferrari, Portfolio Holder for Property, that no further action will be taken by Dorset County Council to progress any demolition or planning application for a new build on that site,’ said Councillor Walsh.

And in a separate comment to Gillingham and Shaftesbury News, Councillor Walsh made clear it would be up to the new unitary authority that takes over from the county council next April to decide what to do with the council-owned site in Queen Street, and that in the meantime the 19th century house could become part of the town’s conservation area.

He said: ‘If the new unitary chooses to and who knows what the future holds – or who will be on the new unitary – I have advised the Conservation working group to change the conservation area to include St Martin’s so in the future no on can just demolish without a planning application as is the present situation.’

The move will be seen as a victory for those in the town, including town councillors and the local history society, who have been campaigning to save the building which was built by the 19th century builder and entrepreneur Thomas Hudson as a show house to showcase Gillingham brick and tile.

Dorset County County agreed in June 2017 to sell the site to housing association Magna Housing to build 59 so-called ‘extra care’ homes which are aimed at reducing the number of elderly people who go into residential care homes.

But it only emerged in September that Magna’s plans involved demolishing St Martin’s House which lies close to but just outside the town’s conservation area.

At a public meeting in the town last month – at which members of the public who were present were overwhelmingly against the demolition – Magna’s head of development Paul Read said they had sought to avoid having to knock down the building but that without removing the red brick house the site was simply not viable for the extra care homes.

Councillor Walsh, who backed the plans for the extra care homes but was angered at the way the demolition plans were handled by the county council, said he had been swayed by the strength of feeling at that town meeting, which had persuaded him to seek the end to the county council project.

‘I was not so much asked, but told to save St Martin’s House as the local county councillor, at the public meeting a few weeks ago, I hope that I do not live to regret it by watching it fall down and that those people in attendance continue to fight for a future for St Martin’s House  for the betterment of our Gillingham,’ he said.

District and town councillor Val Pothecary, who chaired the public meeting and is opposed to tearing down St Martin’s House, said: ‘I have not officially heard anything but this apparent decision is as a result of the concerted efforts of the community against being railroaded. It was democracy in action!’

She added: ‘The public pressure against the demolition of St Martin’s House has been truly amazing and I am hopeful that the town will now have the opportunity to engage in a proper consultation process, to decide the best use for the building and our town.’

Town councillor Barry Von Clemens, who was also opposed to the demolition, welcomed the news. He said: ‘I am glad that the voice of Gillingham is being listened to at DCC, it is only sad that it has taken all this to get them to listen. As David has mentioned the town council are working extremely hard to get the conservation document ready ASAP and that will give a great deal of weight to the buildings future. Sadly this could well only be a stay of execution as next year DCC ceases to exist and its replacement could take a different view which makes it even more important that we get the conservation area in place.’

Councillor Von Clemens added: ‘I do agree with David’s statement [see below] that we need more elderly provision but we also desperately need homes for younger people who live in our town to rent at affordable rents – the small number of homes freed up by the proposal would only make a very small dent in this need. When listening to people’s views on this building this is something that has come up load and clear many times.

‘If we do not use every opportunity to provide this sort of accommodation for young people we risk losing them to other town which has a major knock on effect to our local economy and our ability to attract new businesses to our town. So I believe that by not taking the opportunity to have St Martin’s converted into flats for younger people with older people’s accommodation on the site of the old 50s type building in a sympathetic new build is an opportunity missed. Such mixed development sites are good for both age demographics and ensures that older people do not face social isolation and we build a far more coherent and integrated community.’

Magna Housing has not as yet made a comment.

David Walsh County Councillor for Gillingham has continued in talks with Officers and responsible Cabinet Members regarding the future of St Martins in Gillingham.

‘It has now been agreed by Councillor Tony Ferrari, Portfolio Holder for Property that no further action will be taken by Dorset County Council to progress any demolition or planning application for a new build on that site.
I advocated the need for the County Council to consult with Gillingham residents regarding the future of the St Martins site but there was no requirement for them to do so prior to the service of a demolition notice because there is no requirement to undertake a public consultation as part of the prior approval process.  Furthermore, DCC was not able to undertake a full public consultation exercise, as requested, since it is unable to act on any outcome which entails the retention of the building as it has exchanged contracts with Magna Housing for the sale of the land, subject to a planning application.
As I have stated in public, I am totally in support of Dorset County Council’s aspiration to deliver Extra Care facilities across the County for local residents, these are not Care Homes.
The County Council is strongly committed to helping people to live well with as much independence as possible. The population in North Dorset aged 65 and over is expected to grow significantly over the next 15 years, and new Extra Care Housing for older people is an important part of meeting demand. Extra Care housing offers high quality, affordable accommodation for people to live in, designed around the needs of older people and with the right support and technology available in their home.
As lead member for Planning on the Dorset Shadow Executive Committee I also believe that local residents should always be consulted on developments in their local area. I know that Gillingham Town Council’s Conservation Working Party are working to change the conservation area in Gillingham to include St Martin’s within it and if a majority of Gillingham residents support that change, it will mean that any future attempt to demolish St Martins will then require a planning application and consultation.”
My one question now, to those who want to “Save St Martins House”, is Why? What do you intend doing with it that will be for the betterment of our town? An Extra Care Facility would have provided much needed apartments for local people, at the same time freeing up local housing which they would move out of. I hope that there are ideas of how to promote the site’s historic value, bringing in the revenue needed to restore and conserve it, my real fear it that people wanted to save it because they didn’t want “Change”, people that come to my surgery always talk about building a better town. Without Change there can not be progress and that is what we desperately need in our town centre.
We are trying to build a better town with much needed infrastructure and services. only last week I was at Westminster, speaking to a parliamentary briefing to get support for the much-needed funding for the Southern Extension and this week I will be showing Government officials and Homes England around the Site for the development. They did offer to support our bids and the Chief Executive of the Town and Country Planning Association which I represent on the New Communities Group supported us and will lobby for us because it is known that we are not looking to just build houses but communities, which is what impressed the Minister, Sajid Javid when he came to see our plans .There is finally a lot going on and we are expecting Planning Applications to come forward by February and actually get this development moving. For improvement there must be growth but I will always stand by the mantra of “The right Homes in the right place” because we are planning for the future, the future of our town and the future generations that we hope will stay here. Without the progress needed to support the younger generations, they will continue to leave. We need school expansions, a college, work and future prospects and the right housing to entice the younger generations to help grow our town.
I was not so much asked, but told to save St Martins House as the Local County Councillor, at the Public meeting a few weeks ago, I hope that I do not live to regret it by watching it fall down and that those people in attendance continue to fight for a future for St Martins House  for the betterment of our Gillingham.’ 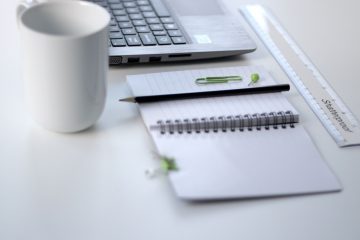