West Bay, on Dorset’s Jurassic Coast World Heritage Site, had been eroding rapidly, but SeaRock’s delivery of 36,000 tonnes – with each individual stone weighing between 0.3 and 10 tonnes – will halt the damage.

The armour stone derived from Aggregate Industries’ renowned super-quarry in Glensanda, Scotland, where it was loaded onto a waiting vessel – the Mobile Pearl – in full. The Mobile Pearl then travelled 500 nautical miles to the agreed offshore anchorage position, 1.4 miles outside the Dorset coast’s Marine Conservation Area.

From there, the SeaRock operational team, with over 100 years’ experience joined forces with its marine partner, Holyhead Towing, which provided specialised shallow drafted tugs. The result was efficient delivery of between 1,200 and 1,800 tonnes per tide – from ship to shore. Delivery via this method provided significant programme savings, completing full supply in just 15 days and requiring zero road miles. The loads were shuttled to West Bay’s East and West shores using specially determined routes in order to reduce impact on fishing areas, Special Areas of Conservation and achieve maximum plant utilisation and efficiency.

Stephen Dryden, Overseas Director at Aggregate Industries, said: ‘Aggregate Industries had previously supplied a 26,000 tonne project to renovate and protect the harbour at Portrush in Northern Ireland, but in that instance the customer collected the rock armour. That made us think, in future, our customers would benefit from us managing the entire process.

‘That led to us forming SeaRock by partnering with specialist civil engineer Earlcoate and acquiring the SeaRock 1 barge on a long term charter. Our first project as SeaRock at West Bay went smoothly and is testament to the expertise of all parties involved.’ 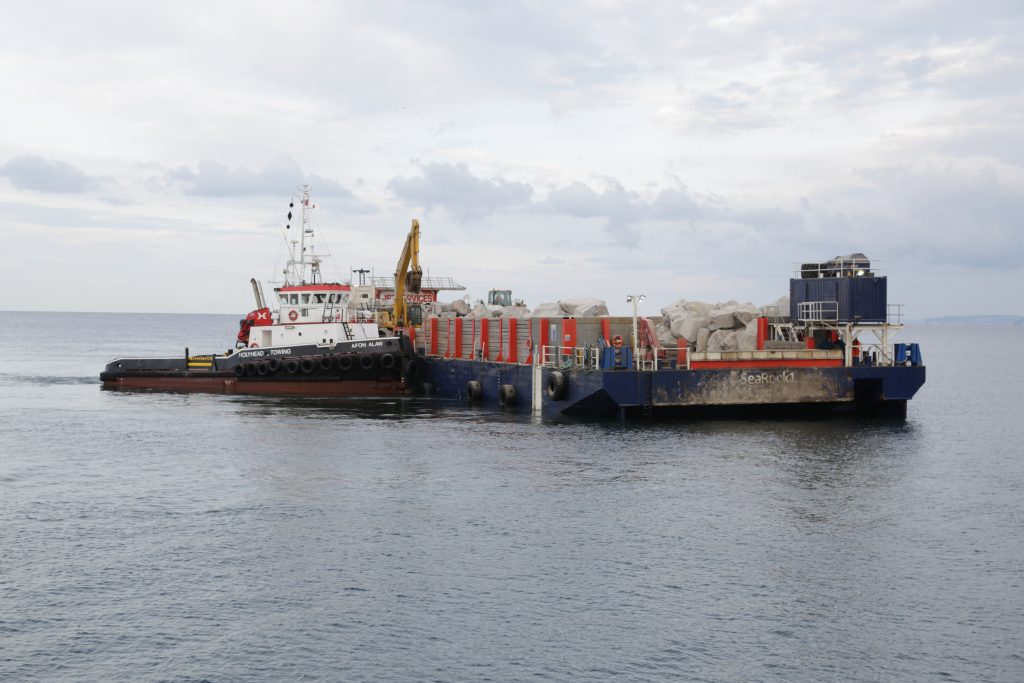 Gillingham and Shaftesbury 'left behind' in electric car revolution