Ryan Scutt, the Gillingham teenager who was diagnosed with an extremely rare form of cancer last autumn, has raised £6,600 for three charities – Piam Brown ward, Teenage Cancer Trust and CLIC Sargent – that help children with cancer, and who gave Ryan and his family a huge amount of support during his treatment.

‘Thank you to much to every single person that helped in some way towards raising this amount for these amazing charities that have helped us on our journey,’ said Ryan’s mother Hayley. ‘£6,600 was an incredible amount of money to raise and it will make an enormous difference to families that are going through the heartache that is a diagnosis of a child with cancer. From every member of our family, thank you for standing by us and helping us stay strong and thank you for supporting such worthy causes.’

Ryan was diagnosed with a skull-based tumour so rare it only affects about one in two million people on his 15th birthday in mid-September last year. The diagnosis came at the end of months of unexplained headaches which grew progressively worse. His mother described the diagnosis as like ‘having a cannon fired into our chests.’

Until he grew ill, Ryan was, as his mother describes him, ‘a fun-loving, rugby-mad typical teenager who in his spare time also loves fishing, fast cars, farming and food’. A pupil at Gillingham School, as well as playing for North Dorset Rugby Club, Ryan was in Bath Rugby’s Developing Player Programme. ‘He was fit, healthy and sporty,’ continues Hayley. ‘It shows cancer can strike even the fittest of people.

‘It sounds like a cliché, but [the diagnosis] was my worst nightmare as a parent, and even then so much worse than you could ever imagine. Everything changed. We had to have conversations no family should ever have to endure. One of the hardest things for me was signing the consent forms for each step as the side-effects for treatment can be severe, from hearing loss to effects on his kidney function and heart. But I didn’t have a choice because without the treatment I would not have a child to speak to.’

Ryan’s treatment was 15 weeks of debilitating chemotherapy followed by proton beam therapy, a specialist form of radiotherapy that targets certain cancers very precisely, reducing side-effects. It targets tumours with less damage to surrounding healthy tissue and is particularly appropriate for certain cancers in children who are at risk of lasting damage to tissues that are still growing.

The treatment is currently only done at The Christie in Manchester, and the 34 daily sessions were carried out over Christmas which meant Ryan and his mother were separated from the rest of the family, dad Stephen and siblings Daniel 23, Georgia,17 and Charlie,11, during this time.

The treatment was successful  – pictured above, Ryan is ringing the bell that marks the end of cancer treatment – and he is now home in Gillingham but his recovery has been a bumpy one. He has had to return to hospital due to an infection a couple of times and a new anti-sickness drug made him go blind for a couple of days. ‘But we are quietly hopeful now that we are on the right path,’ says Hayley. ‘We’re taking baby steps to some sort of normal life.’

Throughout it all, Ryan has been incredibly stoic. ‘Despite his diagnosis, he has shown remarkable bravery,’ says Hayley. ‘He told me that worrying wasn’t going to change the outcome, so we should do what we have to do and face it. Since then, our mantra has been to take each day as it comes, and when a day at a time is too hard, we look at the next hour or even minute.’

Adds Dr Shermaine Pan, his consultant at The Christie: ‘Ryan has been inspirational in his approach to treatment. Even on days, particularly after chemotherapy, when he was exhausted, he kept his head high, focused on the finishing line.’

Supporting Ryan have been his family, the wider Gillingham community and a long list of professional sports stars and celebrities including the Bath rugby team and international players such as Jamie Noon, along with champion cyclist Chris Hoy plus chef Gordon Ramsey and TV presenter Stephen Mulhern, all of whom sent him messages which were posted on Ryan’s Road to Recovery, a special Facebook page set up by the family.

Says Ryan: ‘I’d love to think I could become a professional rugby player one day, but right now I’d be happy to become fit and well enough to start training again. I’m over the moon I’ve finished this stage of my treatment. It has been a very long and slow process, but people have made it as easy as they can for me. The time away from home has been the hardest so I am looking forward to getting back to normal.

‘I would also like to say thank you to everyone who helped me fundraise. Giving the three charities a cheque for £2,200 each means we have been able to give back to those who helped me and my family.’ 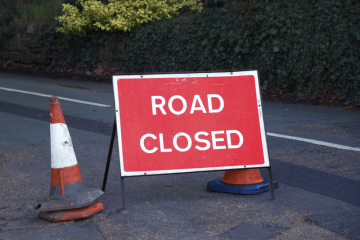