I think we all know that most people seem to be aware of the usual things to look out for: tyres, lights, the vehicle’s general condition, any unusual engine noise, exhaust blow, brakes working efficiently, is the steering good, does it drive well and so on. This is probably what people read time and again in motoring articles. But the question is: are some people missing some of the most important things to look out for in a car – issues that are often overlooked?

First of all, everyone needs to remember the age old saying of `you get what you pay for’.

Most of the time just because something is cheaper it doesn’t mean that it is a better purchase. If a vehicle is cheap it is usually because it is not as nice as another one, and that generally it has not been prepared to its full potential or cared for properly.

In particular, I think people should consider some of the following points when looking to buy a car:

– Are they getting a good all round deal with a nice vehicle? A sensible part exchange value? A warranty? And are they being dealt with in a professional and friendly manner with no pressure selling?

– Can they trust the person or dealer that they are purchasing a vehicle from?

Another point customers should look for is a hassle-free buying experience. Is everything being dealt with for them? For example, registering the new vehicle in their name, the vehicle taxation, informing DVLA that they no longer own or hold responsibility for their part exchange car, and checking on the reimbursement of unspent road tax on their part exchange vehicle?

One of the most important things often overlooked is an HPI check which gives you the car’s history. Unfortunately many people looking to sell or part-exchange remain unaware that their vehicle was in fact an insurance write-off until an HPI check uncovers this. This write-off may have occurred many years ago before they purchased the vehicle. In some cases it might be that it was only light damage that caused an insurance company to write the vehicle off. But nonetheless when the customer is looking to sell or part exchange the vehicle its value can be as much as halved due to it having been classified as a total loss insurance write off.

People soon understand about a vehicle’s reduced value when I ask them if they would buy a total loss vehicle that had been returned to the road. The answer I almost always get is a NO – but for many people it is already too late because they already unknowingly own a total loss vehicle.

An HPI check also checks against mileage discrepancies and outstanding finance on the vehicle.

A spare key is often overlooked by car purchasers; a replacement key will usually cost more than £200 by the time it has been supplied, cut to fit the locks, programmed to start the car and then finally programmed to operate the remote locking of the car. Indeed, this can rise to well over £400 for certain manufacturer keys, so be aware this could be a substantial additional cost if you are considering buying a vehicle that only has one key available.

Another big thing is the cambelt, also known as a timing belt. The top and bottom parts of an engine are run by either a timing belt or a timing chain and if this weakens and breaks it will almost certainly damage the engine beyond economic repair. If it is run by a timing chain then it is likely to be a lifetime part of the engine that should never need to be replaced unless it is excessively noisy or rattly. However, if it is run by a timing belt it will have a manufacturer’s recommended replacement interval of age or mileage (whichever occurs first). Most manufacturers have a long recommended replacement interval of around 10 years or 100,000 miles (whichever occurs first), but some manufacturers have much shorter intervals as low as 5 years or 50,000 miles (whichever occurs first). So remember that even if a car has a low mileage it may well still be due or even overdue a timing belt change and this could well be a costly part of routine maintenance or, worse, a terminal breakdown waiting to happen.

People are often fooled into thinking that above-average-mileage vehicles are not a good purchase and will often be put off purchasing a vehicle that has covered more than 100,000 miles thinking that it may well be nearly worn out. This would have been true for many vehicles 20 – 25 years ago but not for modern day vehicles; if maintained correctly they will often exceed 200,000 miles with ease.

For example, a vehicle that has done mainly motorway miles in top gear for a substantial amount of its life has far less wear and tear on major components such as engine, gearbox, clutch, brakes, starting system, cooling system, steering and suspension than a vehicle that has done a substantially lower mileage but which has completed many small journeys involving regular stopping and starting, constant gear changes, constant change in engine revs, change in direction, potholes and uneven road surfaces. With this in mind it should be considered that a lower mileage is not always the best option or indeed the better vehicle to consider.

When viewing vehicles online, always remember that most vehicles will look great in pictures but no camera in the world can capture what the naked eye can see; where possible it is always best to view a potential purchase in the flesh before making a decision.

Jason Crew is managing director of Crews Car Sales based at Five Square Motors on Salisbury Road in Shaftesbury. Crews was originally established in Stourpaine near Blandford Dorset in 1946 by Jason Crew’s grandfather, Ronald Crew. The business was then taken on by his father, Geoff Crew in the mid-Eighties. Jason himself then took on the business in 2003 and moved it to Shaftesbury in 2015.
www.crewscars.co.uk 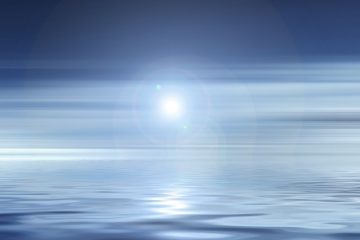