Sir Richard, 83, who owns a number of hotels and farms, was pronounced dead at the scene.

A woman who was also found stabbed at the house, and who is believed to be Sir Richard’s wife, was taken to Southmead Hospital in Bristol where she is reported to be in a critical condition.

In a statement the property owner’s company, Sir Richard Sutton Limited, said its staff were ‘devastated’ by the news.  ‘Sir Richard was a caring, generous and warm family man, who genuinely regarded those who worked for him as part of his extended family,’ the statement said.

North Dorset MP Simon Hoare said he had been briefed by Dorset Police about this ‘terrible crime’ and said he had known Sir Richard, and Tweeted that he was ‘saddened’ by his death.

Sir Richard Sutton Limited says on its website that the company ‘manages and owns a portfolio of trading assets and businesses in the hotels, property and farming sectors’.

It adds: ‘Our purpose is to continue to act as honourable long-term custodians, to protect the heritage created over past centuries and with integrity enhance the legacy for future generations.’

Sir Richard and his family’s wealth was valued at £301 million in the 2020 Sunday Times Rich List.

*Police say they arrested a 34-year-old man from the Gillingham area at Hammersmith in West London in connection with the murder. 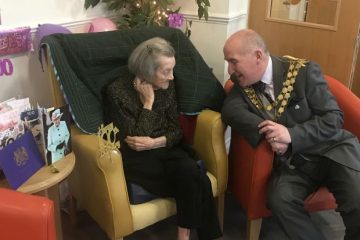