The TSB Bank is to close its branch on the High Street in Gillingham in September.

The departure of the bank will be seen as a further blow to the town’s High Street where Lloyds will now be the only remaining bank.

TSB – one of whose slogans is ‘Local Banking for Britain’ – says the changing nature of the industry and the growth in online banking has forced its hand.

Rob Perryman, Area Director for South West England at TSB, said:  ‘Branches are an important part of TSB but the way people bank is changing fast.  The fact is people don’t go today where they went 20 years ago, or even two years ago, and we are reacting to that.

‘With an average of 350 people a week using our branch in Gillingham, it does not make sense to keep it open. We are however investing in our busier locations as well as in our digital banking services so people can have the best of both worlds.

‘Our TSB Partners will be working with our customers to support them as we make this change.’

On its website the bank, which is owned by the Spanish banking group Sabadell, emphasises its local ties with the towns where it is based: ‘We’re proud to be part of the local community where people help each other and we all thrive together.’

Lidl ‘exploring options’ for a store in Shaftesbury 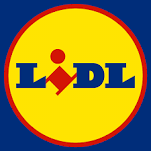