Two people have been arrested in connection with an alleged robbery at a store near Sherborne.

At around 12.30pm on Tuesday 9 January 2018 Dorset Police received a report of an armed robbery at the Spar store in Yetminster.

It was reported that a man armed with a knife jumped over the counter and stole the till before making off in a blue vehicle. The vehicle was seen to drive off along Thornford Road in the direction of Chetnole.

The till was later recovered near to the scene in Stonyacres.

A 39-year-old man and a 32-year-old woman, both from Yeovil, have now been arrested on suspicion of robbery and are assisting officers with their enquiries.

Detectives are still appealing for any witnesses to the incident to contact police.

Anyone with information is asked to contact Dorset Police at www.dorset.police.uk, via email [email protected] or by calling 101, quoting occurrence number 55180004174.

Police appeal for witnesses following burglary at shop in Shaftesbury 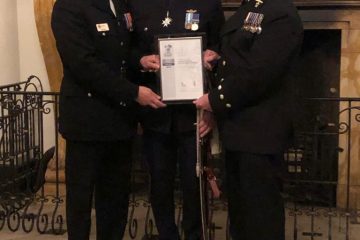