Dorset Council has turned down controversial plans to build up to 200 new homes in the Bay area of Gillingham.

The developers Persimmon had hoped to construct the new houses at Windyridge Farm despite strong opposition from local residents who formed a group called Save Bay.

Now the planning authority, Dorset Council, has turned down the application, saying the development would have harmed an historic area and affected the existing look of the area, and that access to the new estate would have been hampered by ‘sub-standard’ roads.

The council also doubted whether the developers would have been able to deliver the proposed benefits from its scheme, such as affordable housing. In July 2019 councillors on Gillingham Town Council had also opposed the application.

Greeting the news, Phil Wilson, a spokesman for the Save Bay action group, said: ‘By any count this decision is a major victory for the people of Gillingham.

‘We at Save Bay are of the opinion that the government’s approach to planning and development is skewed very much in favour of the developers and against the real concerns of local people. In effect, planning regulation has become a thinly disguised developers charter.

‘We believe that planning and development of an area should be an equal partnership between local councils, developers and local communities where the full impact of a proposed development can be examined properly.’

Phil Wilson continued: ‘I would like to express my thanks to members of the Save Bay Group who have all worked very hard to ensure that information about the application was available to as many people as possible. In particular special thanks to John Shepard for his brilliant work on the historical aspect of the site, Karl Goatley for setting up and managing the Save Bay Facebook page, 3 Rivers Partnership for helping to fund the poster campaign and finally Jennie Finness who kicked the whole thing off and spent many evenings knocking on people’s doors to alert us of the threat.’

He added: ‘I would also like to thank all of the people who cared enough to get behind our campaign.’

However, Mr Wilson warned that the battle was not yet over in relation to other planning applications in the town.

‘Gillingham is now at the forefront of speculative planning applications from large developers that will, if allowed, change the face of Gillingham forever, with little or no assessment of the long term impact on our town,’ he said.

‘Developers care little about the impact large estates have on the social or economic life of towns. If you are concerned about the scale of proposed development in Gillingham please contact our local Dorset Council Councillors and/or let your views be known to our MP, Simon Hoare. His contact details are: [email protected] and 020 7219 5697.’

Phil Wilson also pointed out that Persimmon now have six months to appeal against the refusal of planning permission in Bay. 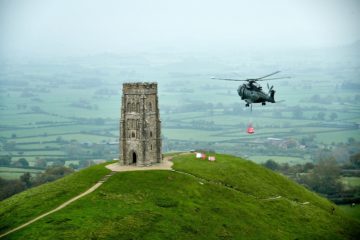