Detectives investigating a reported rape in Blandford have arrested a man.

At 5.14am today, Sunday 27 August 2017, Dorset Police was informed of the incident, which happened near to Hawkers Close.

This evening, a 21-year-old man from Blandford has been arrested on suspicion of rape and is helping officers with their enquiries.

Detectives investigating a rape in Blandford are appealing for witnesses and anyone with information to come forward.

Dorset Police received the report at 5.14am today, Sunday 27 August 2017, but it is believed the incident happened at around 4.15am.

It has been reported that the offender followed the victim, a 19-year-old woman from the Blandford area, from Tiffany’s nightclub and approached her in the street near to Hawkers Close where he sexually assaulted her.

The offender is described as white, in his early twenties, approximately five feet ten inches tall, with short dark hair. He was wearing a white hooded top.

Detective Constable Jo Blackmore, of Western CID, said: ‘This was a frightening attack for the victim, who was walking home from a night out.

‘We have investigated the scene thoroughly and already made a number of enquiries.

‘In order to ensure that we find the perpetrator as soon as possible, I would ask any witnesses or anyone with information about the man responsible to come forward urgently.’

Anyone with information is asked to contact Dorset Police at www.dorset.police.uk, via email [email protected] or by calling 101, quoting incident number 27:103. Alternatively contact Crimestoppers anonymously on 0800 555111 or via www.crimestoppers-uk.org.

Time to apply for school places for 2018 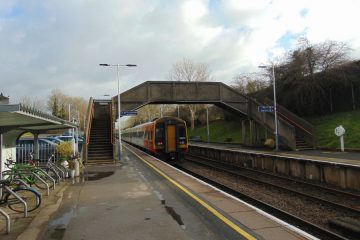