A woman motorist who was dropping her daughter off at Motcombe primary school when another car sped past and smashed off her wing mirror without stopping is appealing for help in in tracing the owner of that vehicle.

The motorist, Felicity, aged 40, had just parked her own car outside the church in Motcombe today, Monday 20 January, at about 8.35am, and was about to take her 11-year-old daughter to the school when she says a car coming from the direction of the back entrance to Port Regis school drove past, smashed off the wing mirror, and then kept on driving.

‘My own car is out of action and I was in my boyfriend’s car, a black Range Rover which is his pride and joy and the damage is over £1,000,’ says Felicity.

‘The other driver must have known they hit us as there was a loud thud but they kept on driving. I just don’t have the money to pay for it myself, and this was not my fault.’

Felicity says she has contacted the police and been in touch with other parents at Motcombe school and nearby Port Regis in a bid to find the mystery driver, so far without success.

She says the car was either a Discovery or a similar 4×4 and was light blue or grey in colour, and was being driven by a woman.

‘I just want the car’s details so I can claim via insurance, I’m not looking for any trouble,’ she says. ‘People shouldn’t be able to get away with just driving off like that.’

A spokesperson for Dorset Police said: ‘We received a report at 10.18am on Monday 20 January 2020 of a fail-to-stop collision in Shaftesbury. A black Range Rover was parked outside Motcombe C of E primary school when a pale blue or grey Land Rover Discovery drove past and damaged the passenger side and wing mirror of the parked car. The driver failed to stop at the scene. Enquiries are ongoing into the report. No arrests have been made.’ 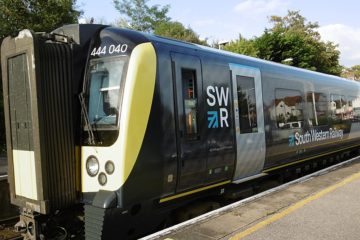