Police officers investigating an incident involving a catapult being discharged from a vehicle in North Dorset are appealing for anyone with information to come forward.

It was reported that a silver Daihatsu Charade, with the registration V452 FCR and three occupants inside, was seen in the area of Tarrant Rawston, east of Blandford, at around 3pm on Friday 19 November 2021.

One of the occupants, described as a boy aged between 12 and 14, was reportedly leaning out of the window and taking aim at a pheasant with a catapult.

The vehicle is understood to have travelled to the Wiltshire area following the incident.

Inspector Simon Perry, of Dorset Police’s Rural Crime Team, said: ‘We are carrying out enquiries into this matter and I am appealing for anyone with information to please contact us.

‘We have made efforts to trace the vehicle involved, but these have so far been unsuccessful and I would urge anyone who comes across it to get in touch.’

Anyone with information is asked to contact Dorset Police at www.dorset.police.uk/do-it-online, via email [email protected] or by calling 101, quoting occurrence number 55210186917. Alternatively, to stay 100 per cent anonymous, contact the independent charity Crimestoppers online at Crimestoppers-uk.org or call Freephone 0800 555 111.

Gillingham Community Christmas Meal - free and delivered to your door 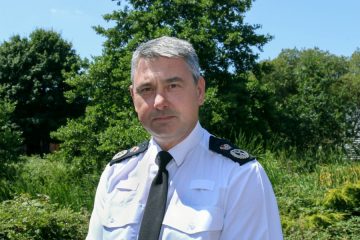