Wiltshire Police are appealing for witnesses after sheep were killed in a suspected dog attack near Salisbury.

A landowner discovered the injured animals in a field at Bowerchalke on 4 November.

Two had already died and a third was so badly injured they had to be put down.

‘We understand it is an area which is used by dog walkers, and are appealing for anyone who was out walking in the area around the time, and may have witnessed anything suspicious,’ said a police spokesperson.

‘We would also like to remind dog walkers about the importance of keeping pets on leads when there are farm animals around and the potentially fatal consequences of livestock worrying and dog attacks.’

Livestock worrying is traditionally thought of as a dog biting/attacking livestock but it also means:

• Chasing livestock in such a way as may be reasonably expected to cause injury or suffering; in the case of ewes, this includes abortion or loss or reduction in the number of offspring she has

• Not having a dog on a lead or under close control when close by, or in a field or enclosure with livestock.

Anyone with information about this particular incident should call PC Rachel Gunn, from Wiltshire South CPT, on 101, quoting crime reference 54190109741. Alternatively you can call Crimestoppers anonymously on 0800 555111.

Council volunteers give chance for people to boost digital skills 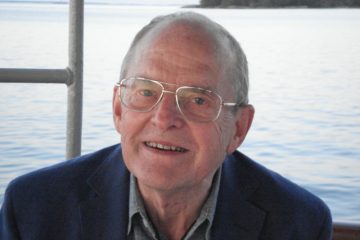